...it has been too long.  This last year+ has kept me pretty busy with jumping from Prop Design to BG/Layout design on Nickelodeon's show T.U.F.F. Puppy.  I have managed to do a few fun things on the side, and here are a few illustrations I have done for some books published by TikiMachine.

For LEGENDS OF THE OLD WEST, I contributed a piece on Charley Parkhurst, known as "One Eyed Charley".  Considered one of the best stage coach drivers in the west, she spent most of her life living as a man.  It's also possible that she was the first woman to ever vote in California.  Some really interesting stuff! 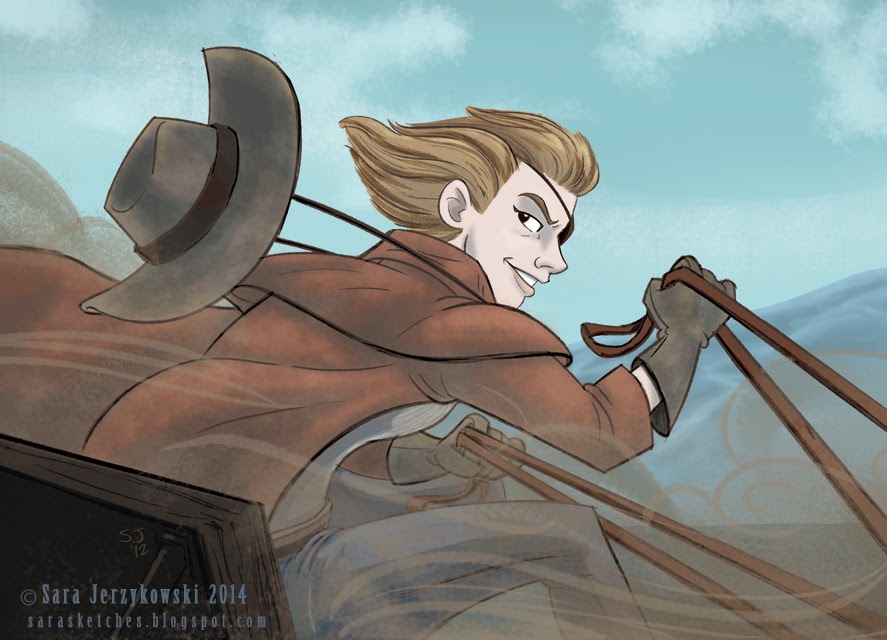 My contributions to DEUS LIBRIS are Sedna and the Valkyrie:

Sedna is a goddess of the sea and marine animals from Inuit mythology.  Her fingers were severed, creating the first sea animals. 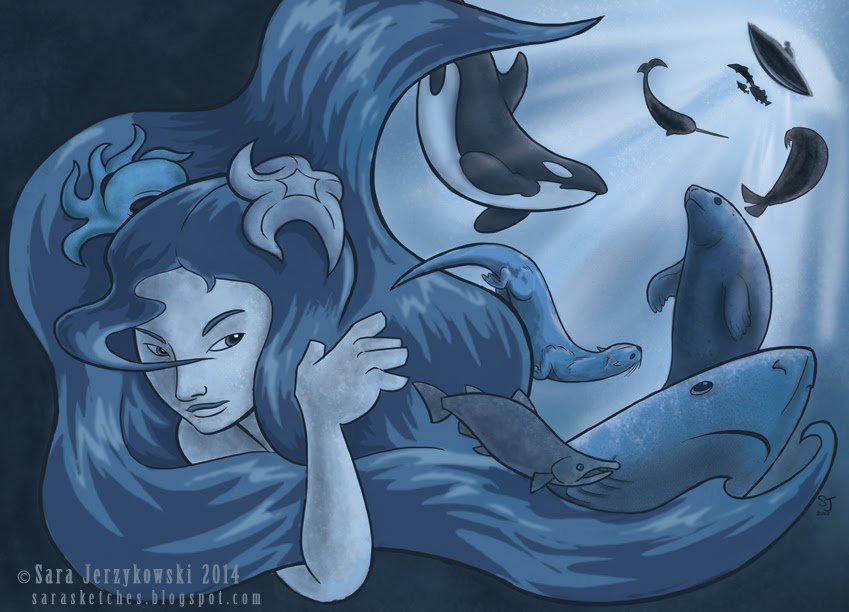 In Norse mythology, Valkyries would watch over battlefields, and choose which fallen soldiers would be escorted to Valhalla. 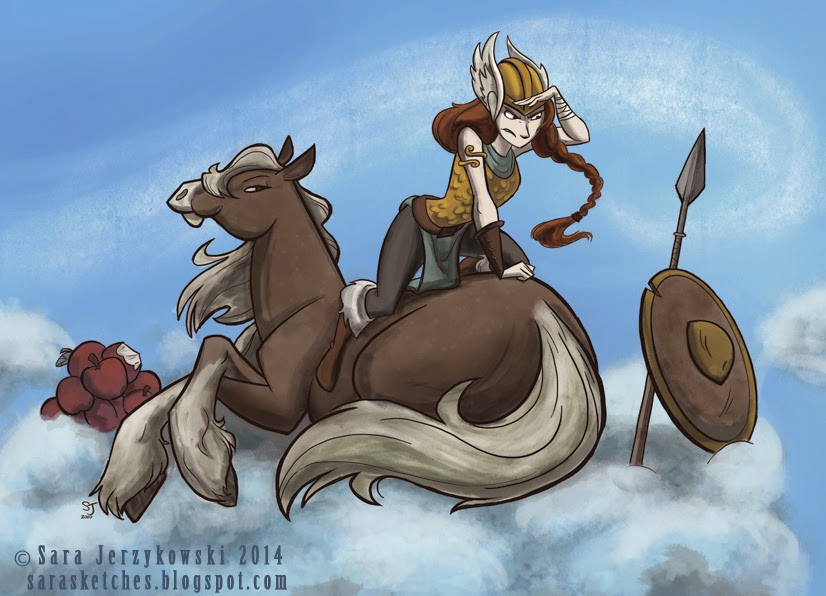 Coming up next- some design work from T.U.F.F.!
Posted by Sara Jerzykowski at 11:10 PM